This apartment contained 6 units and was chosen to be developed into the Toddler. Building was the first phase of the Center because it was smaller and could be done quicker than the huge complex next door that was to be the Intervention Center. This building was in the better condition of the two buildings, but was flea and termite infested and had been out of code for many years. However, it met the requirements of Infants In Need in location, space, and potential for the proposed Toddler Center.

A new rendering was presented by Sasaki after a number of planning meetings and approval by the Board. The Architects completed the preliminary drawings for the Toddler Center and the members of the Miami Building and Construction Trades Council agreed that their member Trade Unions would donate the labor and much of the materials to complete this phase of the project.

The tenants were evicted from the future Toddler Building in late 1989, so the plans could be completed and work begin by late 1989 with a goal of a completion date of June 1991. Quite an ambitious plan, but the Miami Building and Trades Council's 22 local union volunteers were ready to go full blast on weekends, holidays, vacations as well as and days off.

Over the next year over 350 volunteers gave hundreds of hours of their time and talents as the work progressed. At this point we were confidant that we would meet the project finish date of June, 1990. The completed building included a reception room, office for social services, and a medical room for visiting doctors to use in examining and treating the children. Also included is a kitchen to serve the facility as well as a dining room that would double as a meeting/classroom. In addition, there would be five bedrooms, an isolation unit, an special bathrooms to serve the 40 medically dependent children that would be served by this facility. 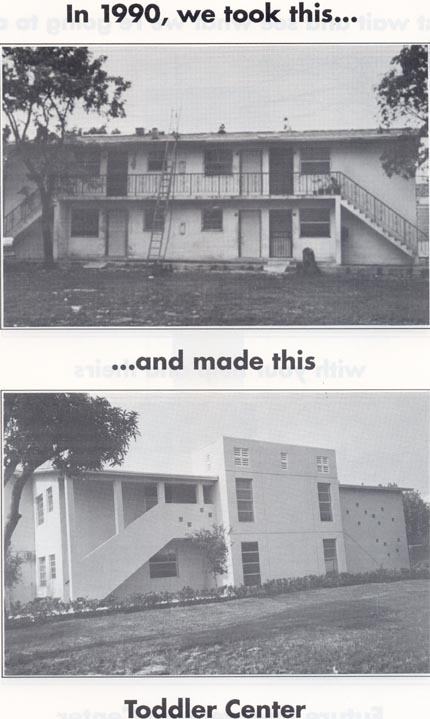 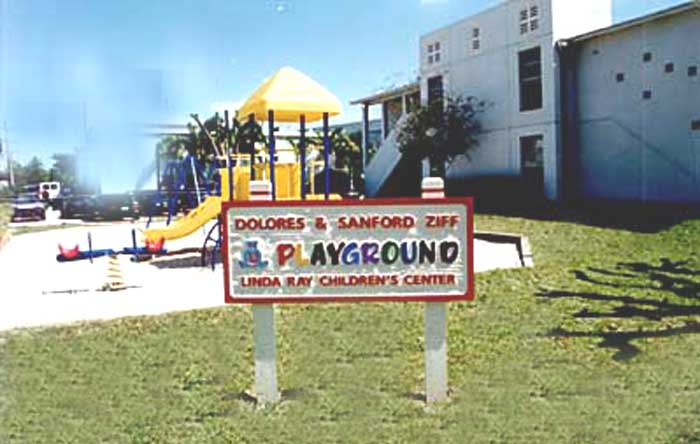 This is the completed building as it stands today serving 40 medically dependent children. The program is directed by the UM/Jackson Memorial Hospital Pediatric Department. The Pediatric Center (as it is referred to today) and its beautiful playground provided by Dr. & Mrs. Sanford Ziff was the first facility to start the revitalization of the entire neighborhood.